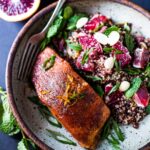 Moroccan salmon is paired with a Moroccan quinoa salad to produce a healthy salmon option with a difference. For a heartier salad include the roast vegetables ( included in this recipe. Our image presents the lighter version.) The salmon is rubbed with a simple blend of Moroccan spices and seared, then placed in a warm oven to finish.

Make the quinoa to scale prior to service and cook the salmon to order. This dish can then be plated and served in under 10 minutes. A great dish for clubs, bistros and pubs. The combination of  salmon with a Moroccan rub, authentic Moroccan quinoa salad, blood oranges, almonds, olives, and mint is spectacular. If you are looking for a salmon dish to set your menus apart - this dish may very well just be the one you have been looking for!

For the Moroccan salmon

Preheat oven to 180C fan forced. In a small bowl, combine cinnamon, cumin, salt, sugar and cayenne. Rub over both sides of the salmon. Heat oil in a oven proof skillet (cast iron) over medium high heat. Sear salmon on both sides 2 minutes on each side then place in the warm oven to finish for about 5 minutes. Garnish with orange zest and serve with Moroccan Quinoa Salad.

For the Moroccan quinoa salad

Preheat the oven to 200C fan forced  and line a baking pan with parchment paper. Toss the veggies in olive oil, salt and pepper and then scatter on the baking pan. Bake for 20-24 minutes.

For the  the quinoa

Add the water, vegetable broth, cumin, coriander, cinnamon, turmeric and salt to a pot and bring to a boil. Add in the quinoa then reduce heat to low and cover and let simmer for 15 minutes. Remove from heat and use a fork to fluff the quinoa.

Tip: Let the quinoa cool slightly before mixing it with the rest of the ingredients so it doesn’t wilt the fresh herbs.

For our Moroccan salmon we use Pacific West’s skin off Atlantic salmon portions – These portions are centre cuts and farmed in the pristine waters  of the Norwegian fjords. Dry filleted, descaled, chemical and water injection free. 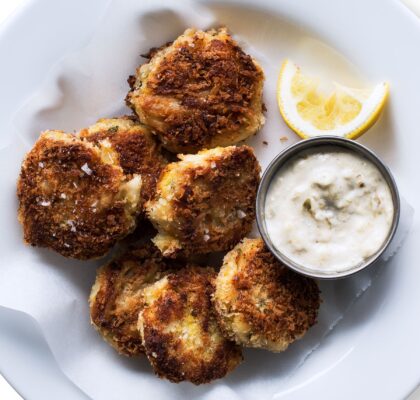 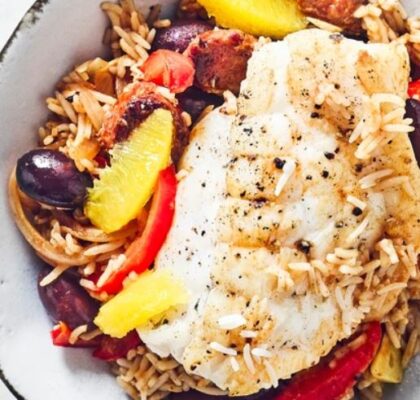 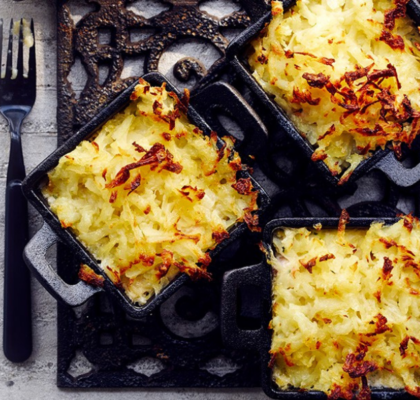 © Theme by Purethemes.net. All Rights Reserved.